In order to use the New55 products as they gradually become available, I picked up a Polaroid 545 holder on eBay for about $30. It came with the original manual, which I decided to scan and post here for reference.

The “Better” version is quite a bit clearer but the file is much larger (24.6MB).

I got these all scanned and forgot to post them here…

These are the photos I developed with New55 R3. They turned out quite nicely. 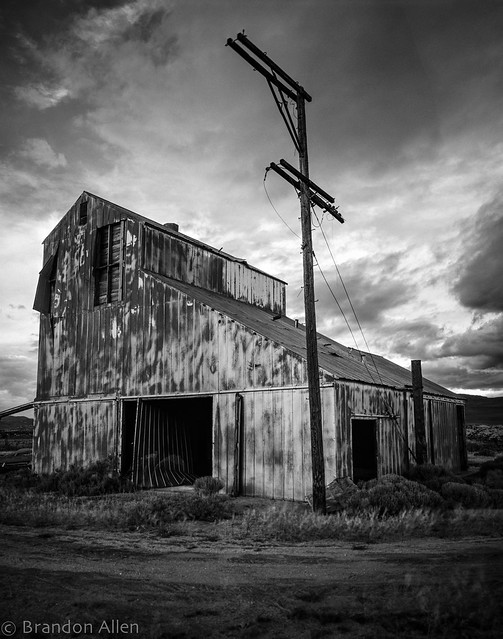 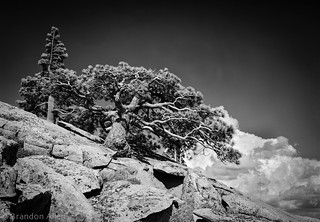 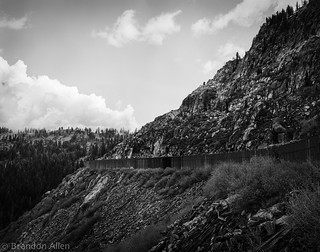 The negatives came out disturbingly thin and yellowish. At first I thought they had not developed at all, but closer inspection revealed a good image. On the scanner one would never know that anything out of the ordinary had been used.

I think I would still rather use a multi-bath developer when time permits, but the monobath is tough to beat as far as convenience.

All my spare moments have been soaked up by the tripod project. It isn’t that the tripod has been a particularly involved build, but that I have had little free time recently.

However! The tripod is now complete!

I still want to put a third coat of polyurethane on the wooden parts and I may end up changing out the Baltic birch pieces in the leg locking mechanism for some aluminum. I’ll put a few hours on it and see what I think.

With one outing under my belt I can say that this tripod is much sturdier that my aluminum Manfrotto.  I suppose it should be – this one probably weighs twice as much and is “bigger” in every respect. As I said before, I don’t expect to be carrying this one over great distances, but for shooting near my vehicle this will definitely be the go-to tripod.

I snapped those first pics while trying to shoot the cool old metal barn you can just see in the first one. We have had unusual rainstorms here over the last few weeks and I hoped that I would catch some great just-before-sunset lighting on the metal as well as the rain clouds overhead.

I timed it pretty well for these elements to align, and I swiftly set up tripod, camera and filter but Mother Nature decided to veto me… Just as I was coming up with my exposure settings, a bank of dense clouds rolled in front of the sun – my beautiful low-angle light vanished. I snapped two exposures anyway, grasping at the fading traces of sunshine that slipped through the clouds.

I bought a jug of New55’s R3 Monobath developer and I am using that stuff for the time being. It is nearly idiot-proof and seems to provide “useable” results. I’ll get back to Caffenol C when I have gotten the bugs worked out of my new photographic system.

At any rate, I’ll get my current crop of negatives on the scanner and see how everything is shaping up. I’m getting close to realizing my vision of a (nearly) self-made photography process.

I haven’t had much time to spend on the tripod, but I did get it put together well enough for our daughter to use for her class presentation:

I still need to install the locking mechanism that will hold the legs in position at the desired angle. That’s what the “inner” portion of the top is for – the currently empty holes under the top plate.

I just need another day’s work on it and it will be done.

It is big and bulky but very solid and stable. The “spike” feet really dig into soft ground positively. The whole assembly seems to be far less prone to vibration than my manfrotto. It is definitely less portable but more solid. I think I’ll be using it when I’m not hiking very far.

We returned safely from our amazing tour of Europe. I took a few hundred photos. I haven’t had the time to sit down and sift thru them. There are perhaps a dozen that may be worth the space they occupy on my memory card. The majority are headed for the trash.

Since our triumphant return I learned that our fourth-grade daughter’s class will soon be participating in an activity called “Frozen Theater.” It vaguely resembles a school play where the students dress up as well-known figures from Nevada history. They stand like statues until an observer “presses their button” after which they recite a short blurb they have written and memorized telling about the person they represent. Family members of all students are invited to attend.

Our daughter selected Civil War and early western photographer Timothy O’sullivan – bless her heart! Therefore I have been called upon to assist in her preparations. And I suppose it goes without saying that my recently completed field camera will make the perfect display piece to really sell her presentation.

But I simply cannot have a vintage-appearing camera sitting on a clearly modern aluminum tripod! It just won’t do!

So I have been hustling along constructing a nice wooden tripod. I’ve been planning this for some time but there is nothing like a deadline to get a project going!

I’m making it using boards I salvaged from a maple counter top a friend was having replaced as well as a bit of Baltic birch plywood.

Its our twentieth anniversary and my lovely wife and I are currently on the European trip we promised ourselves.

We started in Barcelona and are now in Munich with Berlin and Copenhagen still to come!

I decided not to bring any of my film cameras, just the D7100. Hopefully some good photos will result.

I developed four films in Rodinal and got very good looking negatives:

I noticed a horizontal line that had to be the result of an inadequate volume if developer in the tank. Turns out I need 850mL to submerge 4×5’s rather than the 600mL I tried first.

Satisfied with these results I then loaded a single film in the tank and processed using the SAME Caffenol C-M solution I mixed up the other day. I processed for 15 min at 20°C with three agitations each minute. And…

I then ran the remaining films with the Caffenol. It all looks good!

The two negatives above are actually the last ones  I did, but they all looked similar.

After developing with Rodinal it’s a bit hard to go back to Caffenol. A 3 1/2 minute development time is really easy to get used to – as opposed to fifteen minutes with coffee. This got me thinking about trying to come up with a faster version of Caffenol C. Maybe increasing the Instant Coffee and Ascorbic Acid – 1.5x or maybe 2x the normal amount. This calls for some experimentation!

I have been meaning to mention the New55 Project – a startup company that has been steaming away for about the past year to produce a new version of the discontinued Polaroid Type 55 instant film. 55 film is 4×5″ and produces an instant print as well as a high quality negative. Cool stuff!

I think I saw mention of their kickstarter campaign last year, but erroneously assumed that it was part of the Impossible Project and didn’t contribute. Now that my 4×5 is done, I am VERY interested in this company.

I really hope this works out!

Yesterday I finally got out into the hills to conduct the first field test of my 4×5. I loaded up my jeep and headed into the Sierras. I quickly realized that my next purchase needs to be a bag of some kind to safely house all my large format gear. Lugging cardboard boxes back and forth really doesn’t cut it!

For the sake of brevity, I made about a dozen exposures and called it a day, returning home to process the film.

I loaded four sheets into my Omega tank – taco style – and mixed up a liter of Caffenol C-H. I processed in the same manner that has been very successful with my 35mm experiments. Here is what I got:

The last film with the dark “gradient” is the film I cracked open in daylight just to convince myself that I loaded the holders correctly.

I successfully developed two films a few days ago, so I’m pretty sure there isn’t some drastic equipment problem – I know this camera is functional.

I focused carefully on the ground glass, so I can rule out having left the lens caps on. I could possibly have forgotten to pull out the dark slides, but I distinctly recall having done it – and replacing them.

The two successful films were developed in Rodinal  rather than Caffenol. I may have a bad batch of developer?

To test this hypothesis I sacrificed a sheet of film and developed a test piece in the very developer I used on the blank sheets.

It came out nice and black, proving that it wasn’t the result of bad chemistry. Additionally, the film I “peeked” on has a completely exposed area that developed normally. It seems that the “process” is ok, for some reason the film wasn’t exposed properly? Or some other issue?

It seems like I should have gotten SOME image if I had just way underexposed, but these films are totally blank – except for the “peeker.”

My plan is to shoot another two test film in the backyard – very deliberately and carefully, ensuring that there aren’t any dumb mistakes confounding me. I’ll develop the first in Rodinal again to guarantee that the chemistry is not to blame. If that turns out ok I’ll develop the other in Caffenol and see what I get. If that looks good then I think the only explanation is that I somehow developed films that were never exposed in the first place. Seems far-fetched, but stranger things have happened.

As mentioned I finally finished the 4×5, and I’m very excited to get out and put some miles on it! But unfortunately that hasn’t happened yet. I did get things sorted out with the Polaroid film holder and I’ve made some nice test shots on Fuji fp100c. And when my box of Arista ISO 100 film arrived from Freestyle I made two test exposures – which look great, meaning no light leaks, plane of focus where I expected it to be, etc. The images themselves are nothing to write home about.

I did get around to developing all of my 35mm film. Some good images were discovered! 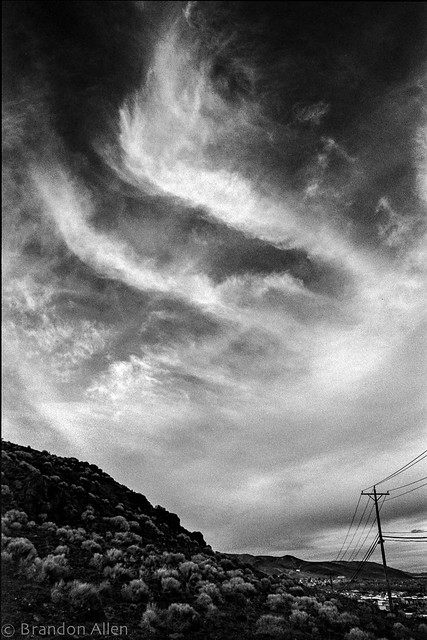 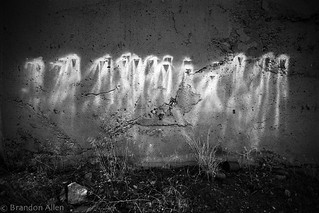 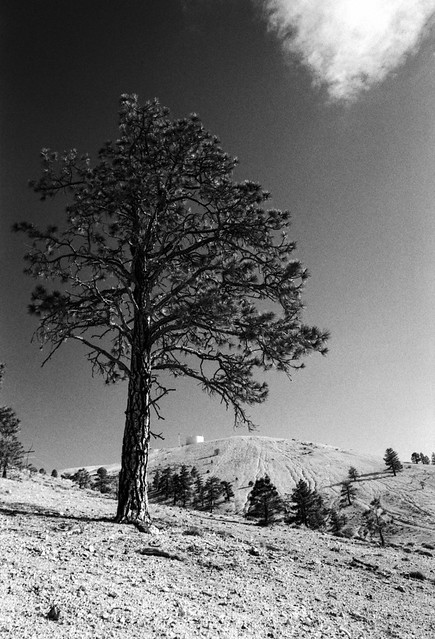 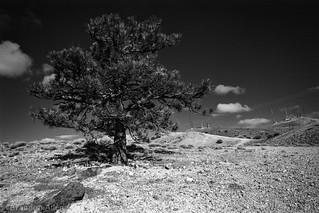 More to come! I’m scanning the last two rolls right now, and I’m hoping to go out shooting with the 4×5 in the next few days. Then the fun will really begin!